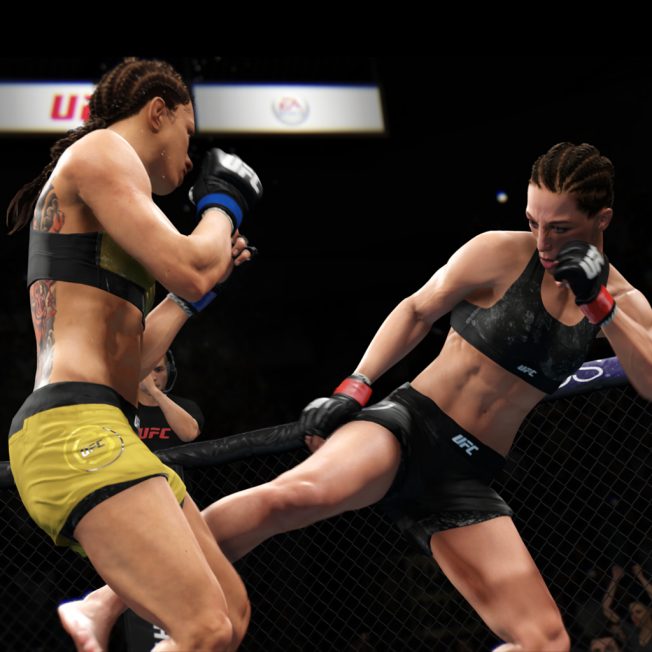 EA SPORTS UFC 3 is the most revolutionary fighting game on the planet, connecting you to the real-world UFC all year round. 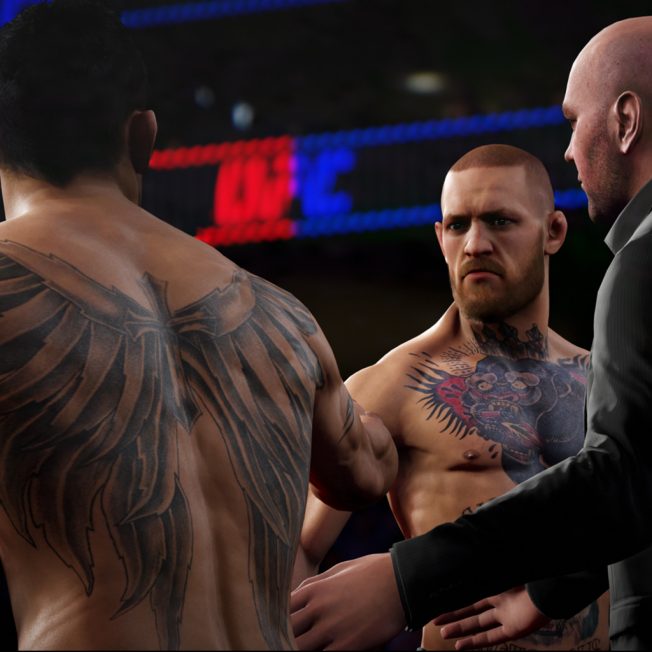 Master the promotion and performance of becoming a professional fighter, inside and outside the Octagon. 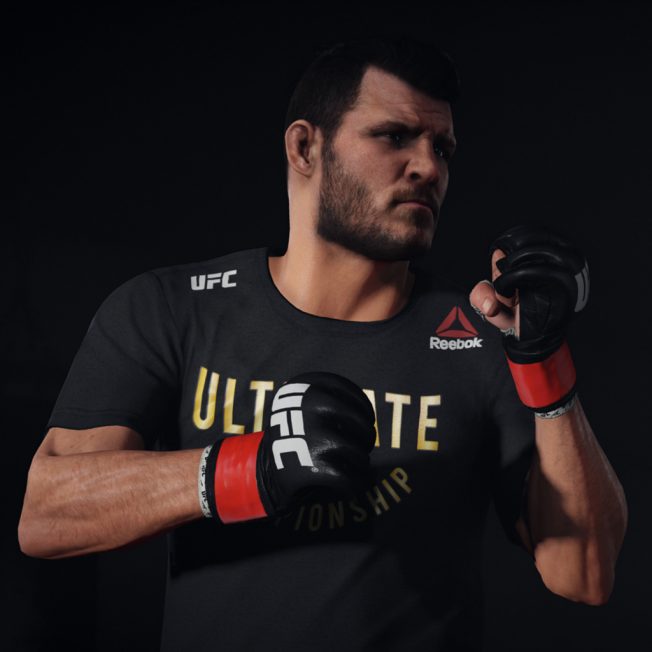 WHAT MAKES UFC 3 OUR BEST MMA TITLE YET 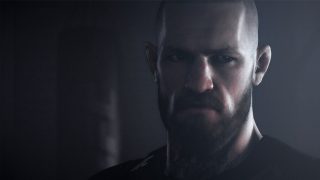 Conor McGregor brings raw power and passion to every bout, making him the perfect cover fighter for UFC 3. 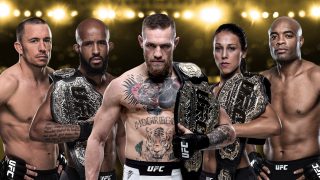 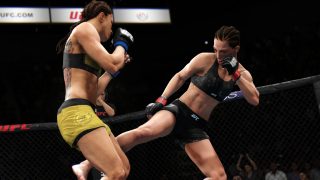 A Revolution In Gameplay Technology

Feel the fight like never before with over 5,000 new animations powered by cutting-edge RPM Tech from EA SPORTS.

Every punch, kick, block, and counter has been recaptured and rebuilt in EA SPORTS™ UFC® 3 using cutting-edge Real Player Motion (RPM) Tech. With over 5,000 new animations captured and rebuilt from the ground up, you can now move, strike, and create seamless combinations with the fluidity and freedom of the world’s best UFC fighters. Slip and strike while in full motion to execute dangerous counterattacks, adding new levels of strategy and competition to every fight.

Learn more about RPM Tech in UFC 3 below.

The new Damage System introduces more tension and thrill based on risk-vs-reward strategy. Fighter positioning, stance, and vulnerability now has an even greater effect on the impact of each strike, making every punch thrown an opportunity to finish the fight, or leave yourself open to a devastating counter blow.

The biggest stars in the UFC now move and feel exactly as they do in real life, thanks to replicated fighting personalities. From Conor McGregor's four-hit combo to Demetrius Johnson's strike-to-takedown combinations, UFC 3 now realizes the life-like tendencies of some of the biggest fighters of the UFC, allowing you to execute their most dangerous combinations just as they do.

Thousands of new strike animations mean that every strike can be thrown while maintaining fighter momentum, allowing you to circle your opponent while throwing a hook, hit them with a counter straight on the retreat, or pressure them against the cage with combinations. Every fighter in the game has a variety of strike combinations at their disposal, making them a weapon you can learn to master inside the Octagon. Strikes can also be thrown out of slips and lunges, or feinted by pressing the block button, allowing you to bait your opponent into making a mistake and creating strategic opportunities for devastating counter attacks. 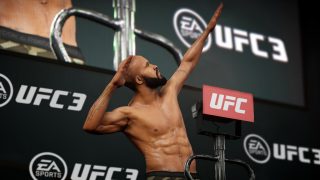 Find out more about G.O.A.T. Career Mode in UFC 3 below.

EARN YOUR WAY TO THE UFC

Earn your way to the big show by starting your career in the World Fighting Alliance. Your performance there will determine your path to the UFC. Make an impression when Dana White comes looking for new talent and you'll quickly find yourself in the UFC ranks. Otherwise, more time in the WFA, or a stint on The Ultimate Fighter, might be required to hone your skills.

Once you sign your first UFC contract, your ability to accomplish the objectives set out for you determines the quality of your next contract. Better contracts means more cash, and more cash lets you unlock better training gyms where you can develop your fighter.

Choose from 8 unique training gyms, each with its own fighting discipline specialty, roster of real UFC training partners, and unique moves and perks for you to unlock. Gym loyalty can have its rewards, but to truly grow as a fighter, sometimes change is necessary.

PROMOTE YOUR FIGHTS AND BUILD RIVALRIES

Balancing your time between training to improve your performance, and promoting to increase your popularity, is integral to your success. Too much time spent growing your fan base can leave you outmatched inside the Octagon and being a gym rat can make you a winning fighter no one cares about. As you progress through your career new promotional opportunities will present themselves, or be thrust upon you as you become a star in the UFC. Every opportunity helps you gain fans and increase Fight Hype for your upcoming bout.

No matter what stage you're at in your UFC career, there is always someone looking to make their name by taking you out. These rivals will call you out through the new in-game social media system. Your responses affect your popularity and the growing hype for a fight in your future.

From your initial fight in the World Fighting Alliance to your first UFC title bout, your actions both inside and outside the Octagon will shape your career.

Along your journey to become the greatest of all time, the stories behind the biggest moments in your career are told through new in-game cinematics, including authentic UFC programs like “UFC Minute” hosted by Megan Olivi. Experience the thrill of seeing yourself in your first UFC PPV promo and watch the confrontations at press conferences and weigh-ins between you and your biggest rivals.

In the new G.O.A.T. Career Mode, each and every choice you make will impact your legacy to become the greatest of all time. 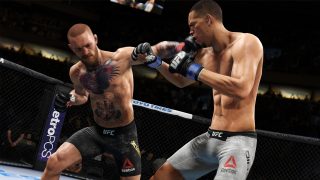 All It Takes Is One Strike

Earn bragging rights in all-new Tournament Mode and make your own rules when you fight friends in real time. 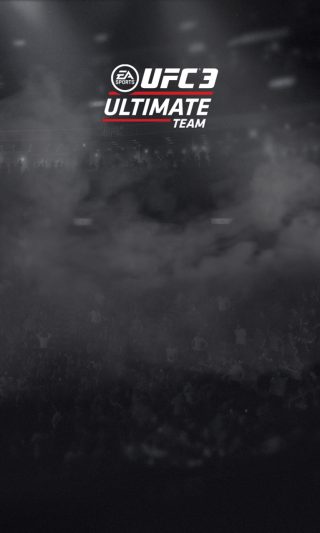 For the first time, compete as real UFC fighters and discover an even deeper level of customization and strategy. 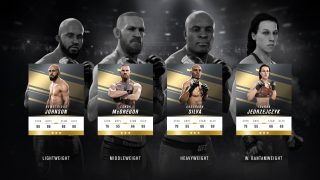 Collect, play and compete with your favorite UFC fighters. Combine them with your own customized Create A Fighter and build a dream team. 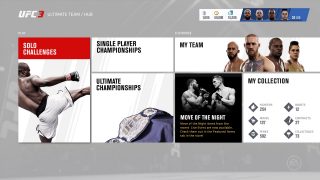 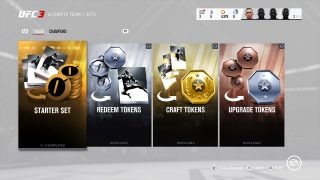 Earn and collect your Ultimate Team items to complete thematic Sets which can be completed and traded for high-value items. 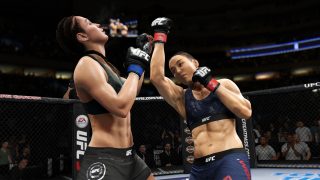 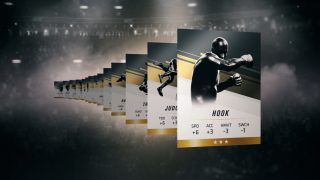 Items now come with special bonuses that can boost the attributes of a given fighter, or even your entire Ultimate Team.
View AllClose

MSRP:
Now: S$32.90
Was:
A MODE FOR EVERY FIGHT FAN Whether you’re looking to dominate the online leaderboards, tie in to the real world of the UFC, jump into a deep career experience or just let your fists...

MSRP:
Now: S$32.90
Was:
GAME PLOT AND OVERVIEW EA SPORTS UFC will set a new bar for character likeness and emotion in gaming. Feel the fight as the action, emotion, and intensity inside the Octagon are brought to life...

MSRP:
Now: S$32.90
Was:
A MODE FOR EVERY FIGHT FAN Whether you’re looking to dominate the online leaderboards, tie in to the real world of the UFC, jump into a deep career experience or just let your fists...

MSRP:
Now: S$35.90
Was:
Game Details and Plot The story begins with the Yellow Turban Rebellion, and progresses as the final objective is conquered in each of the over 10 chapters that comprise the game's story.Players...

MSRP:
Now: S$27.90 - S$37.90
Was:
Game Plot & Overview In a matter of days, the Kingdom of Lucis is to sign an armistice, ending a long and bitter conflict with Niflheim. Ahead of the ceremony, Prince Noctis, heir to the Lucian...

MSRP:
Now: S$32.90
Was:
GAME PLOT AND OVERVIEW EA SPORTS UFC will set a new bar for character likeness and emotion in gaming. Feel the fight as the action, emotion, and intensity inside the Octagon are brought to life...

MSRP:
Now: S$29.90
Was:
*Gameplay is fully in english, though japanese version screenshots is used below As you proceed through the game, you can choose from a variety of play styles that enable you to earn promotions,...